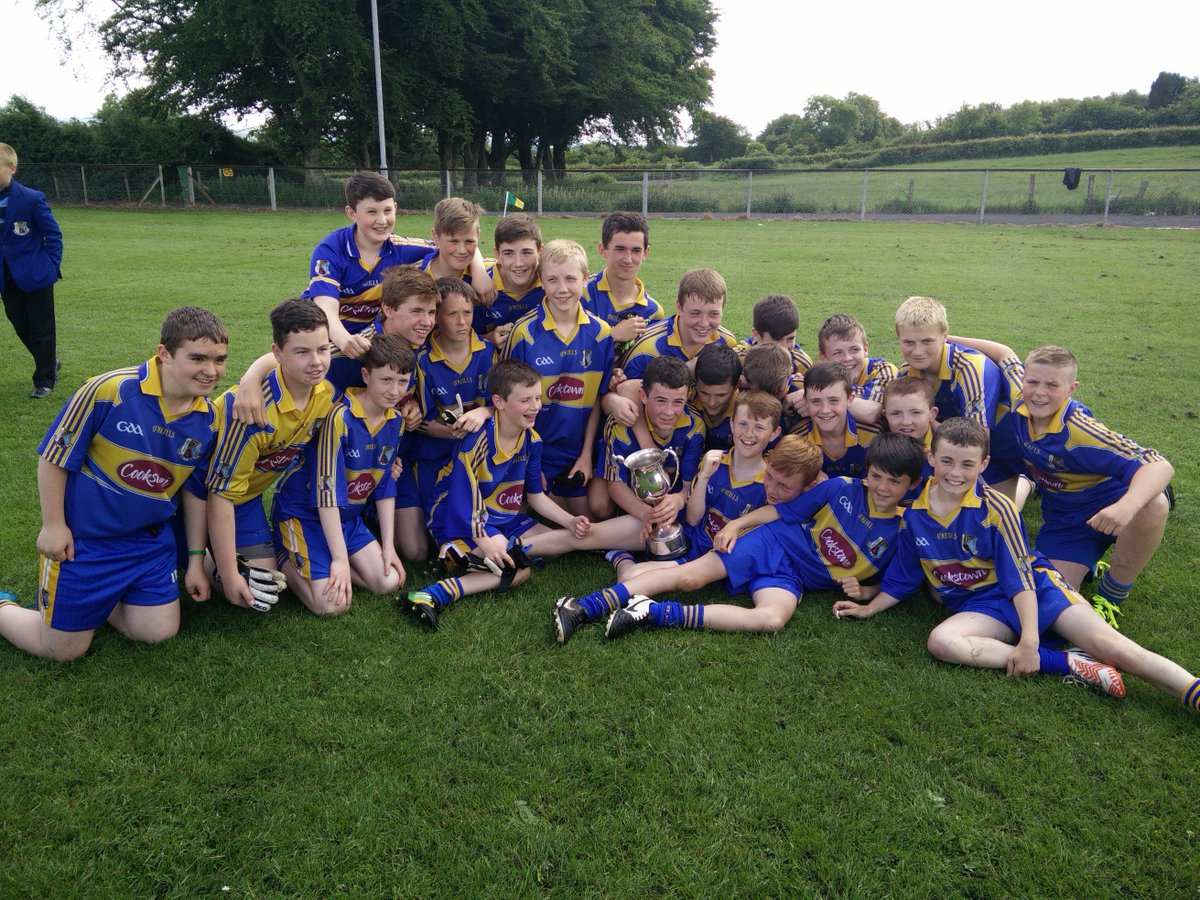 St Killian’s Garron Tower collected their first Gaelic Football title of a remarkable year in sport when two goals in the opening five minutes of play clinched a first ever Danske Bank Mallon Cup in Dunloy on Tuesday.

Already St Killian’s have taken Ulster titles in hurling, camogie, golf and athletics and this football crown was in the bag as early as the 5th minute.

St Benedict’s conceded a penalty in the second minute and, although Conor McLarnon did well to block Gabriel Leech’s spot-kick, Liam McLoughlin followed up to fire the ball to the roof of the net.

The second goal, two minutes later, was a result of a good team move for the Tower boys with Seanie McIntosh on hand to finish.

From that point, St Benedict’s were facing an uphill task, despite the obvious threat posed by Sean McAllister and the sterling defence from Odhran Molloy, Casper Logan and Aidan McErlean.

St Killian’s however were also very strong as a defensive unit and Gabriel Leech, Ciaran Magill and Aidan Scullion gave them an edge around the middle.

St Killian’s went on from those two early goals to dominate the first half, but wasted a number of gilt-edged chances and shot a dozen wides. The highlight for them was Michael O’Boyle lofting over two excellent points a few minutes apart just around the quarter-hour mark.

However St Killian’s only led by 2-5 to 0-2 at the turnover and St Benedict’s were still in with a chance.

The second half was more evenly contested, although St Killian’s never looked in any real danger of losing the game. They controlled Randalstown’s main threat Sean McAllister and were able to push forward on St Benedict’s defence.

Odhran Molloy lifted St Benedict’s with a goal ten minutes from time, but their second three-pointer, a penalty goal in injury-time from McAllister, came too late to really trouble the winners.

“St Killian’s is a Catholic College which strives to achieve excellence for all, within a happy, supportive and stimulating learning community.”